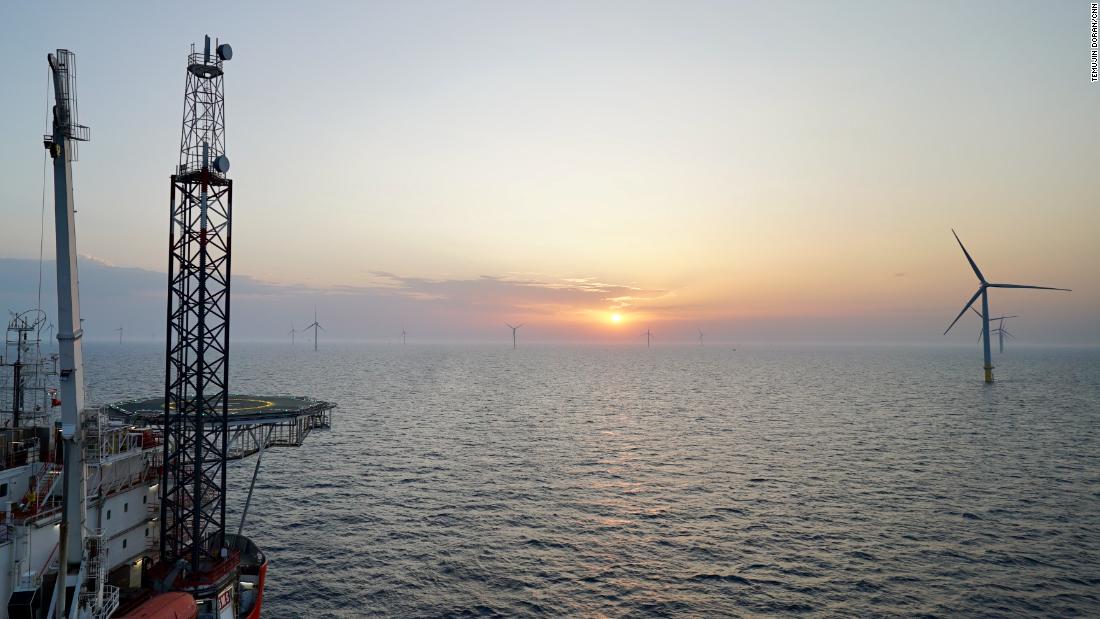 London (CNN Business)The world’s largest offshore wind farm is taking shape off the east coast of Britain, a landmark project that demonstrates one way to combat climate change at scale.

Located 120 kilometers (75 miles) off England’s Yorkshire coast, Hornsea One will produce enough energy to supply 1 million UK homes with clean electricity when it is completed in 2020.

The project spans an area that’s bigger than the Maldives or Malta, and is located farther out to sea than any other wind farm.It consists of 174 seven-megawatt wind turbines, with towers that are each nearly 100 meters tall. The blades cover an area bigger than the London Eye observation wheel as they turn. END_OF_DOCUMENT_TOKEN_TO_BE_REPLACED

Saudi Arabia’s Alfanar Group has announced plans to open a renewable energy investment vehicle in London to push ahead with a $1 billion programme to develop six waste-to-energy plants in the UK.

The Saudi conglomerate announced the establishment of its UK-based energy venture Alfanar Energy UK during a visit from Graham Stuart, Britain’s Minister for Investment to the Saudi capital Riyadh.

“Alfanar has been working in the UK market since 2006, and today’s announcement demonstrates their confidence in the UK economy and our world-leading renewable energy sector,” Stuart said during a press event in Riyadh. “Their investment will create new jobs and help support the government’s ambition to hit ‘net zero’ greenhouse gas emissions by 2050.” END_OF_DOCUMENT_TOKEN_TO_BE_REPLACED

(London) GLOBAL wind and solar developers took 40 years to install their first trillion watts of power generation capacity, and the next trillion may be finished within the next five years. That’s the conclusion of research by Bloomberg New Energy Finance, which estimated the industry reached the one-terrawatt milestone sometime in the first half of the year. That’s almost as much generation capacity as the entire US power fleet, although renewables work less often than traditional coal and nuclear plants and therefore yield less electricity over time.

The findings illustrate the scale of the green energy boom, which has drawn US$2.3 trillion of investment to deploy wind and solar farms at the scale operating today. BloombergNEF estimates that the falling costs of those technologies mean the next terrawatt of capacity will cost about half as much – US$1.23 trillion – and arrive sometime in 2023.

“Hitting one terrawatt is a tremendous achievement for the wind and solar industries, but as far as we’re concerned, it’s just the start,” said Albert Cheung, BloombergNEF’s head of analysis in London. “Wind and solar are winning the battle for cost-supremacy, so this milestone will be just the first of many.” END_OF_DOCUMENT_TOKEN_TO_BE_REPLACED

Steven Day of Pure Planet said it is within Britain’s power to turn 100% carbon free now there are cheaper alternatives to fossil burning energy to fuel Britain’s 28 million homes.

The founder of a British energy firm has compared the UK’s uptake of renewable energy to the invention of the lightbulb – which was derided for 79 YEARS before becoming accepted.

Steven Day of Pure Planet said it is within Britain’s power to turn 100% carbon free now there are cheaper alternatives to fossil burning energy to fuel Britain’s 28 million homes.

But he said it was important that people see renewable energy as part of a solution to climate change rather than how it is often wrongly portrayed – as a niche product for only those who can afford it.

Speaking at a TedxBrighton event, he said: “When I tell people that Britain will be 100% powered by renewable energy in my lifetime, I get derided. It’s worth remembering the same thing happened to those who invented the lightbulb more than 200 years ago.” END_OF_DOCUMENT_TOKEN_TO_BE_REPLACED

The UK is winning the race to clean up the energy system by taking a lead on rolling out renewable energy projects and cutting coal-fired power faster than its EU peers.

A fresh report, to be published in Brussels today, shows that the UK is leading the way on support for wind and solar power, alongside Germany.

But unlike Germany, the UK is also scrapping high-carbon coal-fired power in favour of cleaner alternatives at a quicker rate than almost anywhere else in the EU while German policy makers dither on plans to limit their own carbon emissions.
The findings, published by a German think tank and a Brussels-based campaign group, pours cold water on claims that Brexit may dent the UK’s ‘green’ credentials by removing the EU’s clean energy and climate change targets. END_OF_DOCUMENT_TOKEN_TO_BE_REPLACED