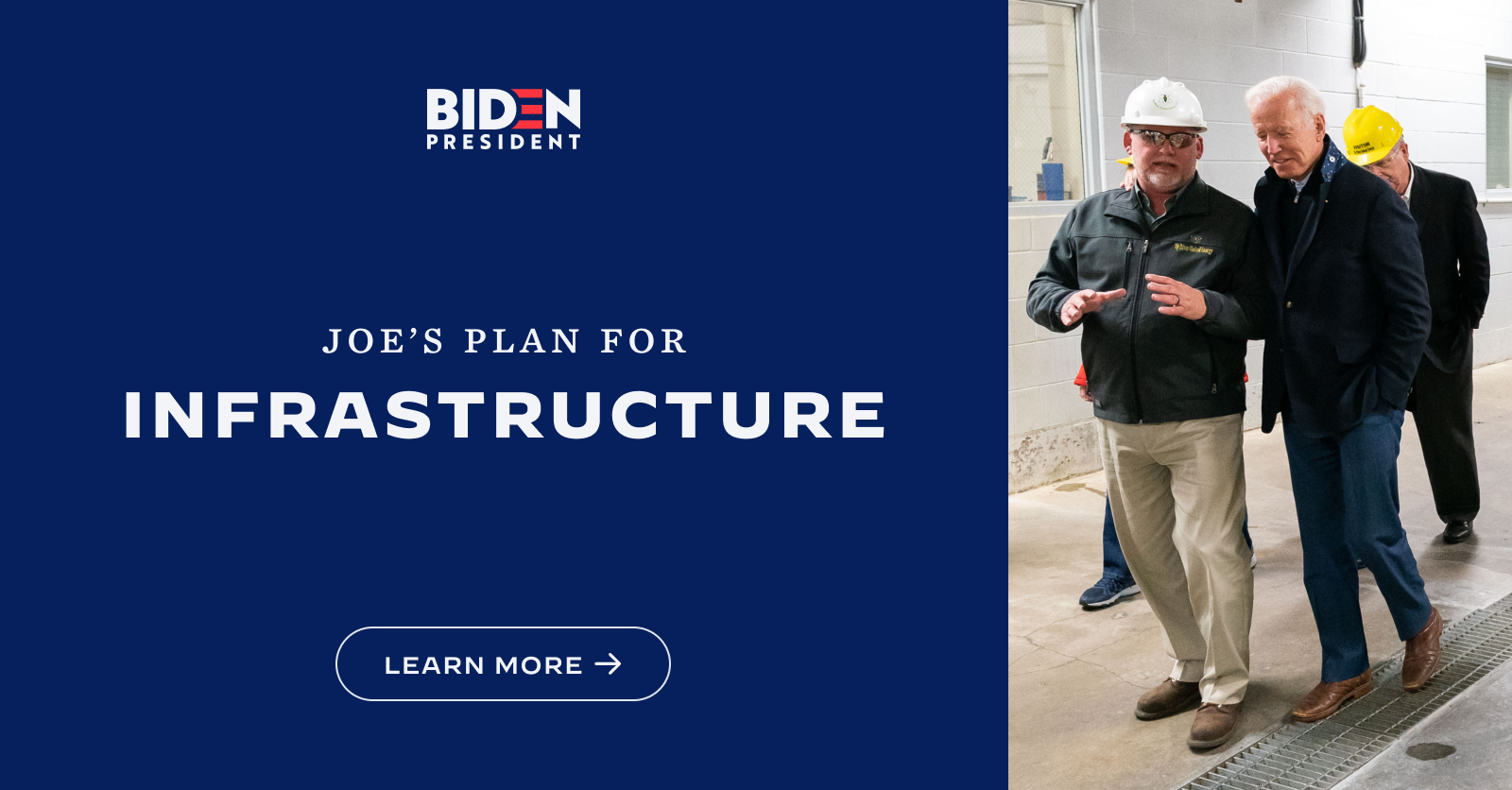 At this moment of profound crisis, we have the opportunity to build a more resilient, sustainable economy – one that will put the United States on an irreversible path to achieve net-zero emissions, economy-wide, by no later than 2050. Joe Biden will seize that opportunity and, in the process, create millions of good-paying jobs that provide workers with the choice to join a union and bargain collectively with their employers.

President Trump has a devastating pattern of denying science and leaving our country unprepared and vulnerable. Amidst the COVID-19 pandemic, he ignored public health experts, praised the Chinese government, and failed to take the actions needed to protect the American people. And as the crisis accelerated, Trump rolled back environmental standards that protect public health — adding to the 100 similar environmental and public health protections he has rolled back since taking office — even though early data suggests a link between exposure to pollution and serious negative health impacts from the virus. END_OF_DOCUMENT_TOKEN_TO_BE_REPLACED

Researchers at NASA Ames are conducting cutting-edge research in the development of clean energy technologies for NASA mission needs in the Exploration Systems Mission Directorate and the Science Mission Directorate. Our renewable energy focus is on advancing biofuels, solar, and wind technologies that also help reduce our nation’s dependence on petroleum-based fuels. By advancing clean energy technologies, NASA Ames hopes to help our nation reduce its generation of greenhouse gases and create a sustainable future here on Earth.

Assets under management in funds that abide by environmental, social and governance (ESG) principles have surpassed $1 trillion for the first time on record, according to data compiled by Morningstar.

It comes after net inflows of $71.1 billion between April of June this year, driven by growing investor interest in sustainable investment funds in the wake of the coronavirus pandemic.

“Governments around the world have been stepping up their support for green projects in recent years, both through regulation and through fiscal spending,” analysts at UBS said in a research note published on Tuesday. END_OF_DOCUMENT_TOKEN_TO_BE_REPLACED

Are you interested in investing based on your personal principles? If so, you might want to consider sustainable investing. 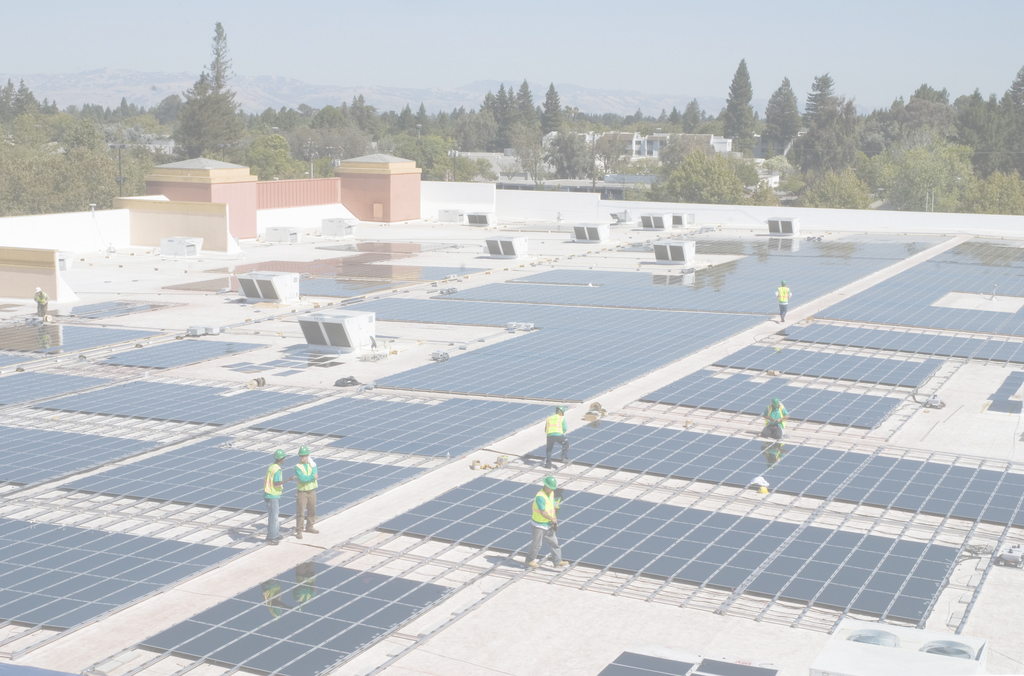 Sustainability: According to the United Nations (the UN’s Brundtland Commission popularized the term in 1987), sustainability is defined as “meeting the needs of the present without compromising the ability of future generations to meet their own needs.” True sustainability is when everyone, everywhere can meet their basic needs forever.

Using the above definition for sustainability, sustainable energy is energy that meets the needs of the present generations without compromising the ability of future generations to meet their own needs. Sustainable energy is about finding clean, renewable sources of energy—sources that renew themselves, rather than sources that can be depleted. END_OF_DOCUMENT_TOKEN_TO_BE_REPLACED

Five recent interlinked trends have great potential to prevent the worst ravages of climate change and ensure people worldwide have access to the energy and economic opportunities they need to enjoy healthier and more prosperous lives.

Solar is leading renewables to new heights. The cost of solar power has been declining dramatically for years, and it has now become the cheapest option in many economies. China, Europe, India and the United States have driven solar’s rise in recent years. But solar projects are now springing up fast in many countries across the globe, ranging from Vietnam to the United Arab Emirates, and from Egypt to Brazil. Meanwhile, offshore wind has achieved game-changing technological leaps and cost declines that give it the potential to become a key source of clean power in many parts of the world. END_OF_DOCUMENT_TOKEN_TO_BE_REPLACED

“The MTA is a prime example of a major transit agency recognizing the environmental benefits and financial value of RNG,” said Andrew J. Littlefair, president and CEO, Clean Energy. “We’re pleased to support their efforts by supplying low-carbon RNG, a cleaner fuel option that will help improve air quality and fight climate change in the region.”

This July, Democratic presidential candidate Joe Biden released his $2 trillion climate plan, touching on many interconnected themes, from clean energy to resilient infrastructure to environmental justice. But the plan’s emphasis on jobs was most apparent. “When I think about climate change, the word I think of is ‘jobs,’” Biden said in his announcement.

Investing in infrastructure and creating more jobs remain areas of bipartisan interest at the federal level, especially given their potential to stimulate the economy after COVID-19. Biden’s plan goes one step further by linking infrastructure job creation to climate action, specifically in the transition to a clean energy economy.

END_OF_DOCUMENT_TOKEN_TO_BE_REPLACED

Bernard Looney, BP’s new chief executive, wants to cut his company’s greenhouse gas emissions down to zero by 2050. To do that, the world’s sixth-largest energy company is committing itself to massive investment in renewable energy, including wind, solar and biofuels.

The U.K.-based energy provider may be more aggressive than its peers when it comes to plotting a carbon-free future, but it’s certainly not alone. Royal Dutch Shell, Total, Equinor and other traditional fossil fuel producers have also recently been diverting significant amounts of capital to renewable energy. END_OF_DOCUMENT_TOKEN_TO_BE_REPLACED

At the start of this new decade, American cities, states and businesses already have come a long way on the road to cutting greenhouse gas emissions to help tackle the climate crisis: